The One Ford Strategy: Created by Mark Fields, implemented by Alan Mulally.

Founded in 1903, Ford has a long history of producing incredible vehicles. Since the mid-2000s, the car maker has focused on creating a wide variety of amazing technology for cars and trucks, as well as new car designs that have been raising the bar for luxury. Looking at any new 2016 Ford model shows a huge departure from any previous model, and Ford doesn’t show signs of slowing down its rate of innovation. This is a major contrast to the decades of poor performance and lackluster design that had plagued Ford since the late 80’s. So what spurred the growth in innovation and design? Largely just two people – Mark Fields and Alan Mulally.

Prior to Alan Mulally becoming CEO at the end of 2006, the car maker had been slowly losing ground. A number of factors, including unprofitability on cars, over-reliance on declining SUV sales, long sales cycles, and global disorganization, all added up to make one of the most tumultuous periods of time the automotive giant has experienced. By 2006, Ford had lost 25% of its market share since 1990. Labor costs had reached sky-high levels at nearly $76 an hour within the unionized workforce. Operating margins became uncompetitive at home and overseas, which lead to Ford’s loss of ability to stay highly competitive. These problems came to a head in 2007, when Ford lost $12.7 billion. It was at this time that Mark Fields, the Ford Americas Division President of the time, was asked to develop a plan that would return the company back to profitability. This plan would come to be known as The Way Forward, or the One Ford Strategy and it would be implemented by Alan Mulally.

The decision to bring Alan Mulally on board to correct Ford’s global problems was finalized in September 2006. Mulally was brought in primarily due to his successful experience with Boeing, where he started his career as an engineer and contributed to a huge number of projects. He eventually became President of Boeing Commercial Airplanes and shortly thereafter gained CEO responsibilities.

Mulally has been largely credited with the revival of Boeing Commercial Airlines in its competition against Airbus in the early 2000s. Despite this, he was not the first choice of Henry Ford’s great-grandson and CEO who preceded him, William Clay Ford Jr. But time would prove Mulally was the right choice to make. In May 2009, William Ford himself even stated “Alan was the right choice [to be CEO], and it gets more right every day.” The following year, Ford would not only avoid taking U.S. Government bailout funds, but they would go on to post profits of $6.6 billion — one of the biggest profit years in a decade.

So what caused the turnaround? Simple: The One Ford strategy.

The One Ford Strategy

What was unique about The Way Forward, or One Ford, strategy was how simple it was in its brilliance. The whole plan could be summed into two words – “One Ford” and the structure could be written on the back of a business card, which Mulally did and frequently handed out.

The strategy itself came down to 4 different goals:

In order to achieve these goals, Mulally aggressively streamlined the company. To begin, he got rid of many of the brands found within Ford’s portfolio, such as Jaguar, Volvo, Land Rover, Aston Martin, and even Mercury — each of which would require massive capital infusions in order to remain competitive. He then secured the significant financing necessary to restructure Ford by way of mortgaging all of Ford’s assets – even the iconic blue oval – to the tune of $23.6 billion in 2006 right before the Great Recession.

At the time, many interpreted this as a desperate move on Ford’s part, but hindsight shows that this is one of the single most important factors as to how the Ford Motor Company managed to avoid receiving bailout funds from the United States government the way rivals General Motors and Chrysler did. Mulally himself has stated he intended to use the money to finance a major overhaul and provide a cushion to protect from recession or other unexpected events. It also gave Ford a competitive advantage by reinvesting in research and development while their primary competitors were figuring their way out of bankruptcy. With the finances secured, Ford now had the ability to restructure into a leaner, profitable, company.

To begin, Mulally and his team began to assess the production of all Ford offerings. Upon inspection, it was realized that the company was bleeding money due to the semi-autonomous nature of Ford’s overseas subsidiaries. For example, Ford of Europe and Ford of North America each developed separate versions of the compact Ford Focus and used virtually no common components, despite being aimed at the same demographic and producing a virtually identical car. One of the most important keys behind the success of the One Ford strategy was the consolidation of production, which enabled economies of scale within the company. Since 2007, Ford had managed to whittle down 27 different product platforms around the world into just nine, with the target being eight.

Mulally also made the conscious effort to accelerate production of vehicles that consumers knew and valued, like the Ford Focus, Taurus (which Mulally revived after Ford eliminated the model, which was losing ground in the ‘90s), and the Fiesta. This reduction to a leaner, more efficient, product line allowed Mulally to drill down on manufacturing, product development, and customer service excellence. It also allowed for the auto-giant to develop new cars faster, and shorten cycle time closer to Ford’s Japanese rivals, who had been enjoying relative success during Ford’s decline. Additionally, by sharing 80% of common components across the production line, Ford was able to aim for returning to profitability by allowing for only one vehicle to compete in each market worldwide, with a much lower cost of production for each model.

The Ford Focus, in particular, is a very good example of how Ford aimed to achieve profitability. Creating the car on one global platform, with some amenities swapped out for local markets, allowed for huge cost savings, as well as a way to target a market with more than 2 million units sold worldwide rather than building in specific regions, and marketing to those regions as was previously done. For example, the North American version was routinely built from scratch for a market that sold around 220,000 cars annually. This meant that Ford had a popular car, but one that was not able to achieve profitability on a global scale. Aligning the production meant that they would be able to easily enter the 2-million-unit market.

Another key aspect to the One Ford plan was, after reducing the production line to cut costs, uniting all of Ford’s employees under one global team to spur innovation. There had previously been a lot of in-fighting within the various departments of the company, as each overseas subsidiary had traditionally been treated as a semi-independent kingdom, which frequently duplicated effort. Mulally put a focus on eliminating the infighting by creating a strong accountability and collaboration culture across all leadership structures. Doing this allowed the Ford corporate culture to finally be united, as opposed to the fragmented groups that it had previously been.

One Ford, One Team, One Plan, One Goal

Being united in corporate culture also paved the way for a more technologically driven company, as safe spaces had finally been created so individuals could submit their ideas without fear of rejection from their peers or management. Previously there had been a lot of self-serving attitudes with very little collaboration across departments, and even countries. Mulally allowed for open communication without fear of ramifications, which is one of the biggest drivers of innovation within an organization. When Ford was coming together as a global team, right at the beginning of Mulally’s term, he prioritized this open communication and galvanized his employees by stating “We have been going out of business for 40 years” at one of the company’s town hall meetings. The statement was profoundly accurate, and had a major impact on employees. With all employees on the same page of saving the company, Mulally changed the cost structure of the company by negotiating much lower labor rates with the United Auto Workers union, who represented a dominant portion of the workers — about 46,000 American employees. This cut the base labor cost down nearly $20 an hour, which left total labor costs around $55 an hour. This was a major win for restructuring Ford’s finances.

One Plan: One Goal

The road to profitability wasn’t just paved with a sleeker production line and a unified global company culture and goals. The business also focused on innovation and creating cars and trucks with features and amenities that drivers wanted and were willing to pay for. Since 2007, Ford has been on a rampage of innovation. By putting greater priority on technology, the car maker quickly reclaimed its position as a leader in the automotive industry by providing new technology in all makes and models it produced. In essence, Ford was focusing on the development of new technology as one of the keys that would attract new customers to the brand.

In 2007, the SYNC system was announced, which was the first hands-free, voice-activated, connectivity system with mobile phone integration, navigation, and voice-activated access to entertainment. As the first hands-free infotainment system, the SYNC became very widely copied across the auto industry. In 2009, Ford released it’s new, turbocharged EcoBoost line of engines, which delivered significantly better fuel economy and more power than a naturally aspirated engine of the same size. These EcoBoost engines quickly became a popular choice in the U.S. and around the world. They have also been slowly introduced into the full Ford line up along with other innovative developments that Ford has been introducing. Sensing that the application market would soon explode, Ford released AppLink, which allowed for users to easily link up their phone’s apps to the SYNC system in their car — allowing for even greater connectivity.

Ford’s iconic F-150 is a leader in the truck world for its innovative technology, and now for being the first aluminum truck on the market. The body, being produced with all aluminum, lost nearly 750 pounds from the total truck, which led to a gain in towing capability as well as fuel efficiency. The truck itself is a result of over 100 new patents that have been approved or are pending for Ford. It also includes several features that other automakers have begun emulating, like the 360-degree camera that provides a full, bird’s eye, view around the truck so that drivers have a greater awareness of what it is going on around their vehicle. Nissan’s newest edition of the Rogue has this feature.

Get the full view of your vehicle with the new, 360 degree, vehicle camera

One Ford: One Future

Had it not been for Mulally’s implementation of the One Ford program, Ford very likely could have fallen into insolvency and would have had to take part in the U.S. government’s auto industry bailout. Moreover, it may not have gone on to produce the revolutionary technology that has managed to completely change the industry. The changes Mulally has implemented have let Ford become a dominant carmaker once again, as well as produce cars with features and technology that people genuinely want, which has served to drive innovation within the auto industry as a whole. The One Ford strategy not only united Ford as a company, and allowed for a focus on innovation, but it also allowed for the company to be more competitive than ever. The return of Ford’s competitive edge and forward-facing outlook has allowed the company to return to operating profitably, and none of this could have been possible if it weren’t for The Way Forward. 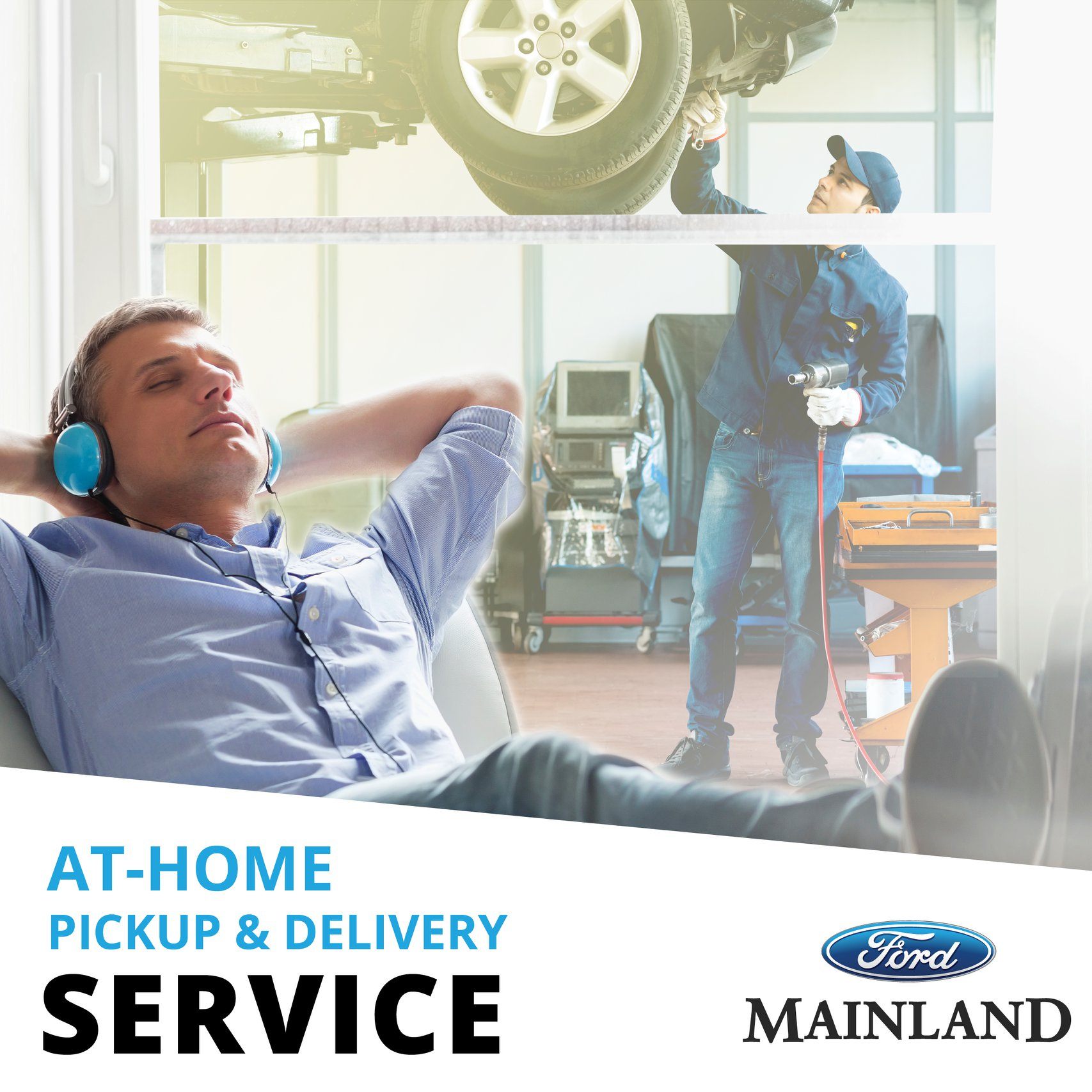